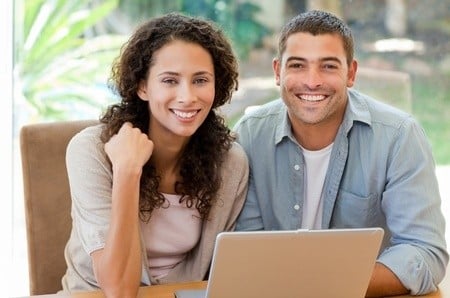 Still trying to rebuild my credit…

It's taken longer than I thought. Well, it is 6 years… If I could give one bit of advice it would be try to come to a resolution with any company you fall into arrears with. A Default really does affect your Credit for a number of years.

If you haven't read my Credit Journey to rebuilding my Credit, then you should start from Part one (otherwise, this may not make much sense.)

So in Part two, I told you all about my APS Credit Card, the people who do Prepaid Cards, sometimes known as Cash Plus, well, for some people, they offer a Credit Card (real credit card option). There isn't much information about the card on Forums etc, so I think the offering is limited, but still. Finally, in September they started to report back to all 3 Credit Reference agencies. It has taken them 4 or so months, but every little helps. As I say, the Credit Card only has a credit limit of £100, but if it shows I can keep up the repayments and as my Defaults are being paid, slowly but surely I will start to rebuild..

I have had 1 new offer for Credit in the past 3 months. A super loan offer from Wonga! I was shocked, seeing as the amount they had written off from people who really shouldn't of borrowed in the first place. Not too sure why they are offering me a cash loan of up to £750, I guess if I was weak and I had applied it would of been declined anyway. But, the way I see it, one of the Credit Reference Agencies are passing my information to these companies. I have been good, no applications for a long time. Well ok… I tried Marbles actually in August.

The reason being, I entered my information into HD decisions (they said I had a 90% chance of acceptance, which in my eyes is pretty much almost guaranteed). On the Marbles Credit Card, you have to enter some basic information and they will give you a decision if you are likely to be accepted. I entered my information and I was told I wouldn't be accepted for the Marbles Classic card, but I have a good chance of being accepted for something called the Marbles Starter Card (between £100 and £300 credit limit) So I applied.

As you can see by me leaving that part until the end, my application was rejected. I won't give up, but it's just one application since May now, that's a massive improvement. My Credit score on Equifax has reduced to 215, not too sure why really… Seeing as the Marbles Card didn't search this Report, my Experian Score has been flirting into the Fair, I know people say don't read much into it, I kind of guess I see why seeing as they rate me as Fair, but it feel back to Poor (currently on 650), at least I am out of Very Poor and I intend to stay out of their too.

No Credit Checks for those who are refused credit

Debts rising amongst the poorest

We will be happy to hear your thoughts.

The affects of having Autistic Children on your personal finances

Rejected for a Catalogue?

If you stay within your Catalogues credit limit and make at least the minimum repayment each month you could become eligible for a Credit limit increase with your Catalogue. This will increase your spending power and could help improve your credit rating.

0
Latest News
Search our Site
About Credit 4 Everyone

Launched in July 2006, Credit 4 Everyone has helped tens of thousands of customers get the credit they deserve.

Our Specialist reputation means we work closely with the biggest names in the financial industry and some specialist lenders.

We offer a range of products and services for people with poor credit and can Guarantee approval with our No credit check products, including, Pay monthly catalogues no Credit checks.